I find the concept of Intelligent Design to be wonderful support of my other discoveries with all the spiritual reading I am doing.

I Read Michael’s first Book Darwin’s Black Box in June 2016, This was my first introduction to Intelligent Design, and I then went and read a number of other books which support the idea of Intelligent Design.

All these books are great reads.

In his book, Darwin Devolves Michael Behe puts forward the idea that Darwin’s mechanisms of evolution can only devolve or degrade genetic material. That is DNA mostly gets damaged by random mutation, (there are many more ways for a mutation to damage DNA than to improve it) and if the damaged DNA provides an animal with a benefit the process of Natural Selection will choose the animals with the Damaged DNA.

An example of this is quoted early in the book is of Polar bears. Polar bears are closely related to brown bears. Polar bears have a damaged LYST gene, which is associated with pigmentation, and changes in it are probably responsible for the blanching of the ancestors’ brown fur.

This is in the first chapter of the book, which was made publicly available to entice readers, and sparked off an online debate between Evolution supporters and Intelligent Design supporters. You can follow some of this interesting debate at evolutionnews.org/tag/polar-bear-seminar/.

The Intelligent Design (ID) supporting scientists have been very careful not to link an Intelligent Designer to any specific entity like God. Some Anti ID supporters have suggested that maybe the Intelligent Designers were Aliens who seeded Earth with DNA very early on. They like this idea because one of the biggest questions that Supporters of Evolution have never been able to answer is where/how did life start. If life was started by Aliens seeding earth with DNA, then the question of how did life start is avoided. (Obviously, smart people will ask the question of how did the Alien life get started, but Evolutionists have a tenancy to overlook this question.) If Michael Behe’s idea that “Evolution is Broken” is correct then the Alien seeding idea has less support as an Intelligent Designer has been needed to help life along, as Evolution is not able to produce the abundance and variety of life we observe on earth.

In Michael Behe’s first book Darwin’s Black Box one of his main messages was the challenge to Evolution that of irreducibly complex organs like the eye, and his famous example the Bacterial Flagellum, can not be shown to be produced by the step process of Evolution. In the close of this book, Darwin Devolves Michael highlighted that in the 23 years since Darwin’s Black Box was published no convincing arguments against his ideas about Irreducible complexity have been published.

I highly recommend anyone on a Spiritual journey who wants additional support in their beliefs, the whole Intelligent Design movement is worth reading about.

I Build WordPress websites, help people with their Mac's and I blog about Soulful Books. View all posts by AndrewNZ

A great book about Mystical Movie Messages that inspire our lives. 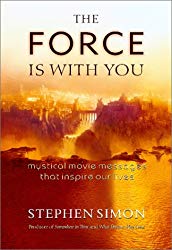 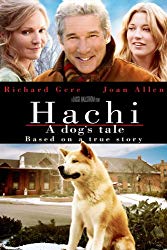 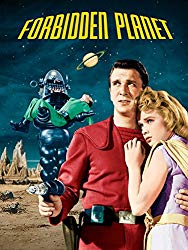